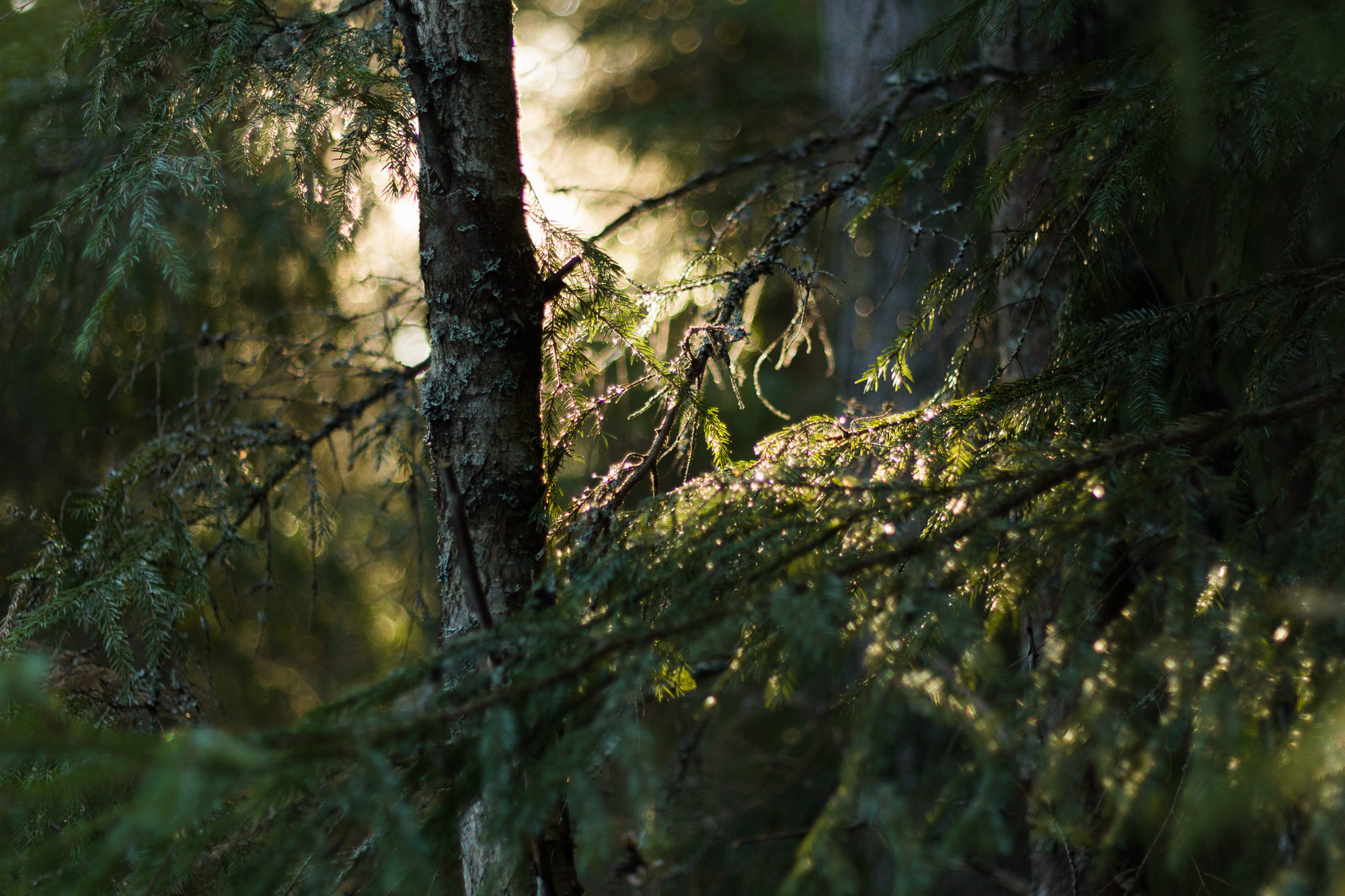 Soapstone is a type of rock, which is mined extensively in Finland. As it is a relatively soft type of rock, it has been used for centuries in stone carving and in making stone accessories. It has been historically utilised by the Inuit, Egyptian, Mesopotamian and Yorubam cultures, among others, since the fifth millennia BC. The soapstone has always been the number one stone material, since its easy to work with and has a beautiful appearance.

Originally the soapstone was formed through ancient, subterranean volcano eruptions. The biggest sources of soapstone can be found in North America and in the Ural region, but Finland also has its share of this rock material. Soapstone has been mined here for over a hundred years.

Because of its workability the soapstone is nowadays being used as a raw material for home decor products as well as architectural applications, such as kitchen counter tops, bathroom floors and interior surfaces.

The soapstone also works great as a material for kitchenware, most notably drinking mugs. Jäskspuu's selection of soapstone goods include variable schnapps and shot mugs as well as pints and other drinking vessels. A particularly fabulous-looking accessory is the soapstone wine cooler.

Soapstone has a feature, which makes its the perfect material for kitchenware: it maintains its temperature. This means if you heat an object made of soapstone, it remains hot for a long time, and if you cool a soapstone object, it remains ice cold. This means you can for instance freeze soapstone schnapps mugs before use, and you will definitely get ice cold shots every time. Or try pre-freezing a soapstone pint and enjoy ice cold beer, which doesn't get warmer, as the stone mug keeps cool for an extensive time. Needless to say, a soapstone wine cooler keeps cold and looks amazing!

A fun kitchen accessory is the soapstone-made ice rocks set, which definitely give a literal meaning to the expression "served on the rocks". These stone cubes are pre-frozen before use and they act as ice cubes, only they don't melt and you can reuse them after a quick rinse with water. So convenient!

The carving of soapstone products

The soft soapstone has also another nice feature: it is very dense, meaning it can be used on surfaces which get wet, such as drinking mugs or bathroom floors.

The soapstone boulders are first cut into plates with a diamond saw, and then they are further cut into smaller pieces for reshaping. The final shaping is done with smaller diamond saws and chisels. The stone can be easily drilled into with a power drill, so small holes and carvings are easily formed.

Of course soapstone objects look fabulous in your home. They lend a certain prestige and charm into home decor, but they are also practical, as soapstone is easily cleaned and the soapstone drinking mugs can be washed in an electric dishwasher. The soapstone is a natural material, which doesn't emit any additional taste to the drinks. 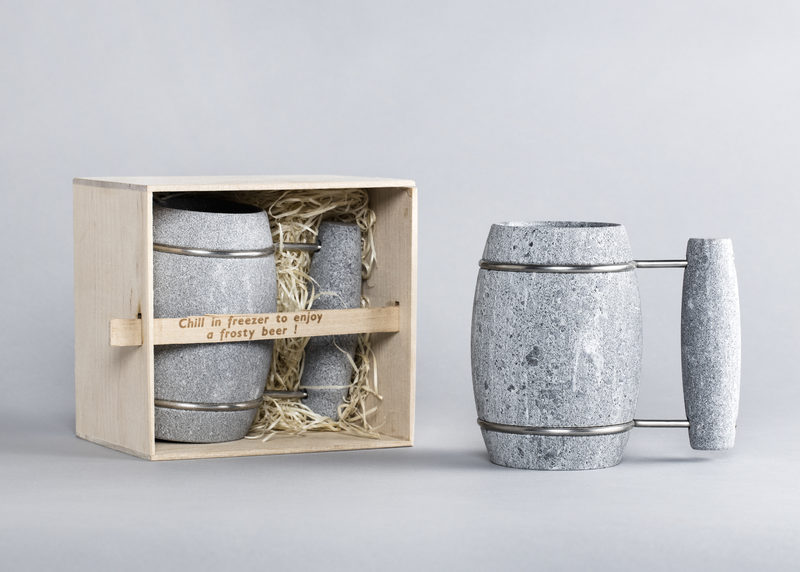 A sturdy soapstone-made mug can be chilled until ice-ice cold! Order this gorgeous design product now! 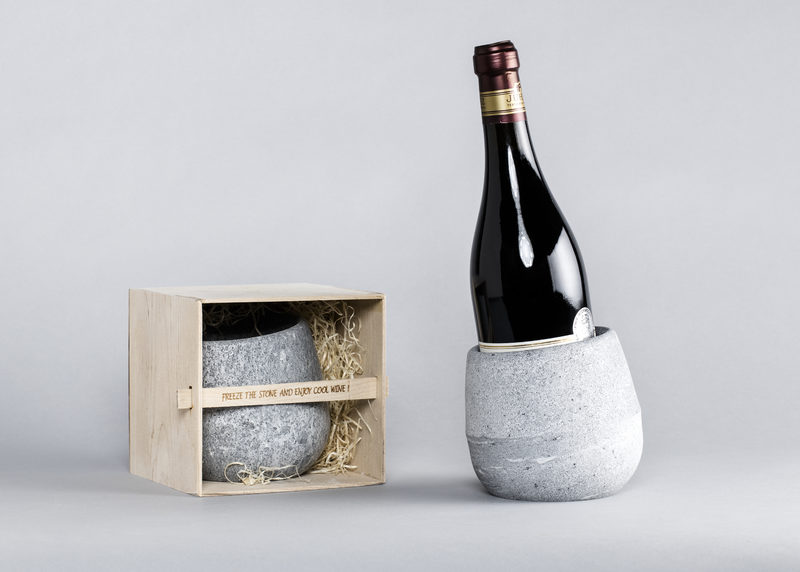 A fabulous product: the soapstone wine cooler keeps ice cold for a long time. A perfect gift for a friend – buy now. 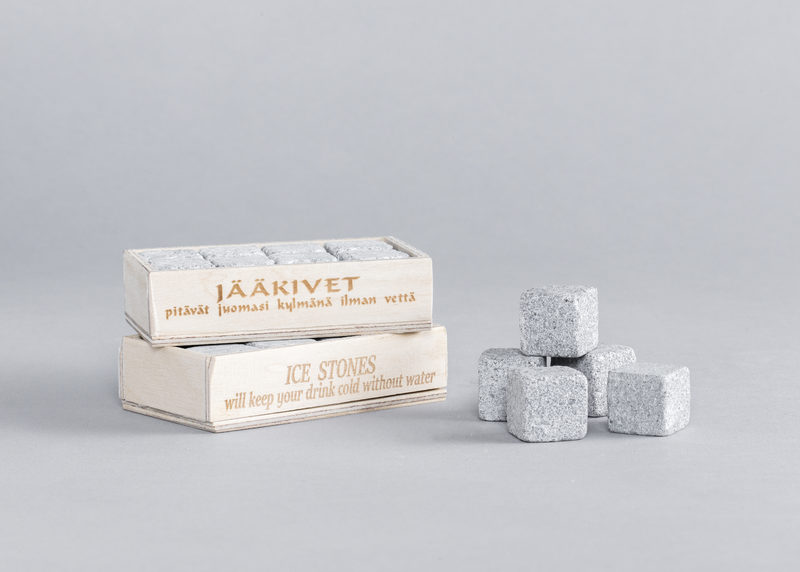 Use these rocks instead of ice cubes: so convinient and reusable. Buy your ice stones from us and enjoy cold drinks! 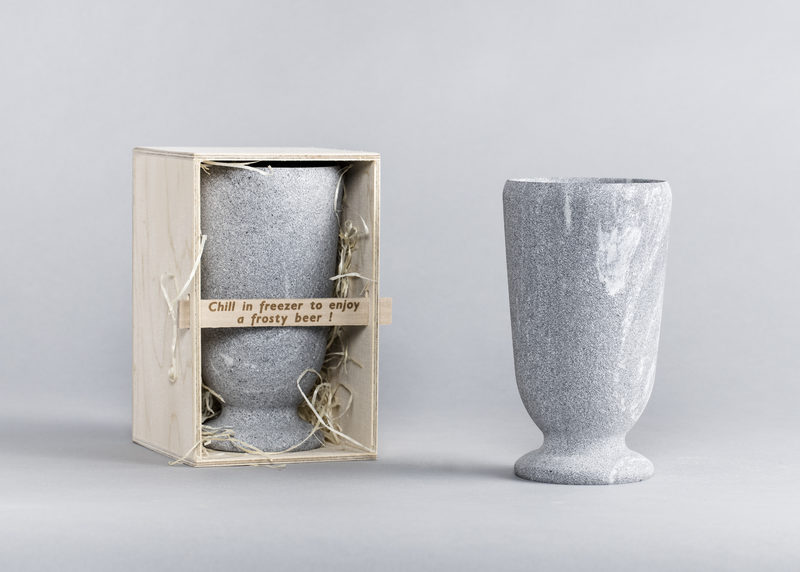 Pre-freeze your beer pint for an ice-cold drink! Order this gorgeous soapstone mug and enjoy! 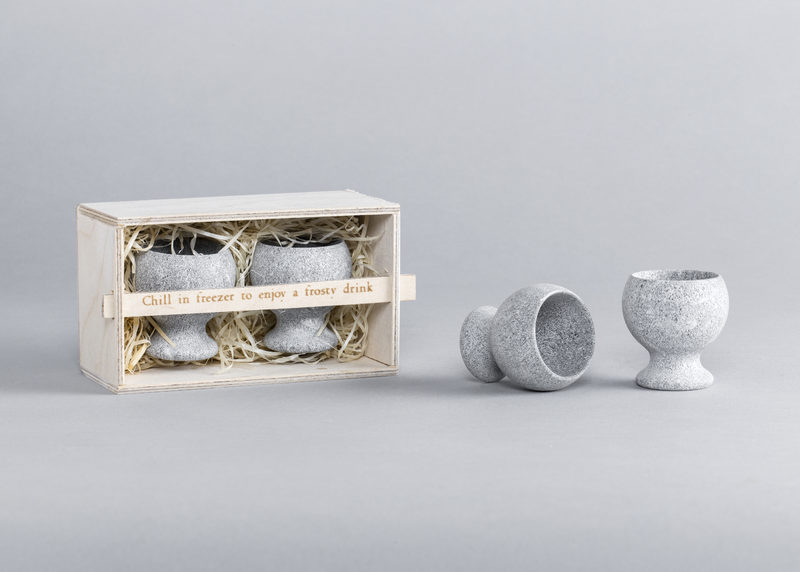 Jaskepuu.fi is a website and a web store managed by the company Jaskepuu Tmi (please see Finnish company id below). On the website items either manufactured or conveyed by Jäskepuu tmi are being sold, and can be purchased.

Item orders, sales, bookings, payments and purchasing confirmations here and through jaskepuu.fi always form a trade between the customer and the merchant. All inquiries are to be addressed directly to the merchant, Jäskepuu tmi, whose contact information will always be presented along the product information.

Please get acquainted with the terms and conditions before placing your order.